Yesterday afternoon, we had our annual Memorial Day Parade come through downtown Aiken. No funerals scheduled, so I took the opportunity to walk across the street and take the event in with my camera. (remember, you can click on the photos to make them bigger) 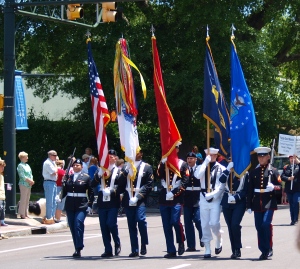 Standing at about the half-way point, the parade approaches

Big cities do not have parades like this. Our parade is “Small Town” as John Mellencamp would say.

Memorial Day is remembering the war dead, but it is an easy excuse to honor all those that served.

The Grand Marshall of the parade was Command Sgt. Maj. Ronald S. Pflieger and as he led off the parade, I was treated to a scene that I would see dozens of times in the next 45 minutes or so. 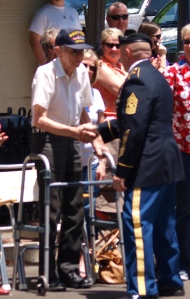 I think this image will be burned in my memory forever

Sitting across the street from me was an elderly veteran who I did not recognize. As the parade neared, he rose with everyone else and saluted the Flag as it came by. The Sgt. Maj, saw him, trotted over, shook his hand and said a few words…instant tears in my eyes. That scene was repeated again and again by veterans and civilians walking in the parade. 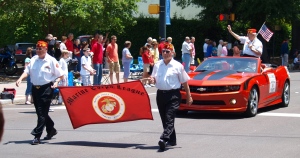 The parade is put together by The Marine Corps League and this is the front of their group.

I also happened to be standing behind a group of veterans who were seated in lawn chairs and as the floats floated by, words of thanks were sent to those wearing hats and shirts identifying them as veterans. 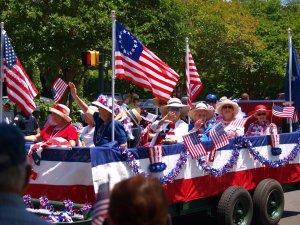 The Daughters of The American Revolution, (DAR), put in there for Megan because of her award. 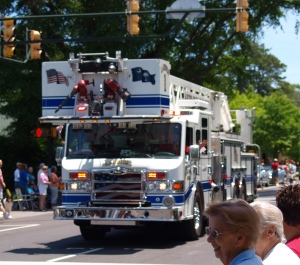 Aiken City Ladder-1. A few years ago, I had the honor of driving this beast in it’s first Memorial Day Parade. Today, it was Capt. Brian Brian Brazier driving, with his wife, Robin sitting in the Capt.s seat. 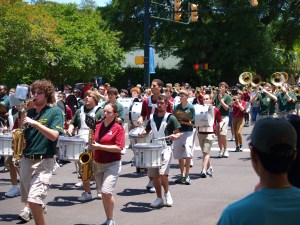 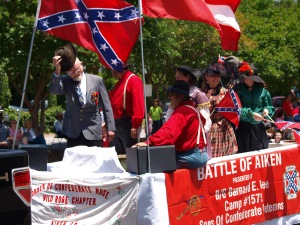 Something that is uniquely Aiken…. 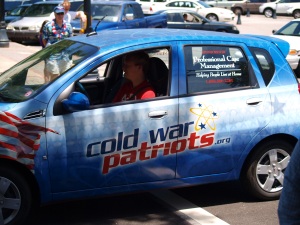 Something else somewhat unique to Aiken…Cold War Patriots…look it up. 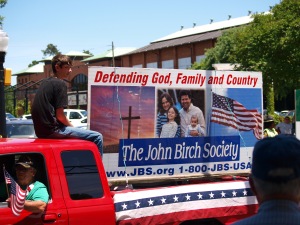 Something tells me that this is a group that you would not see in any parades, say, in my home state of New Jersey. 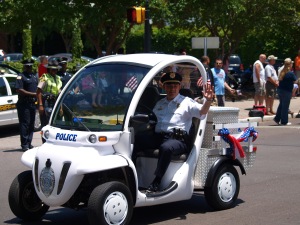 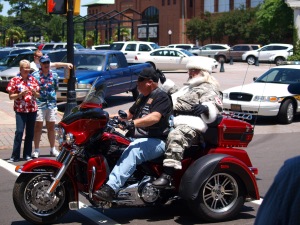 Santa, in “cammies” on a bike being cool….why not? 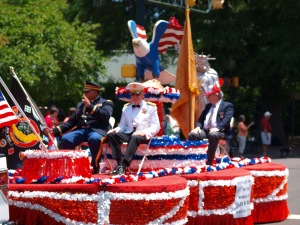 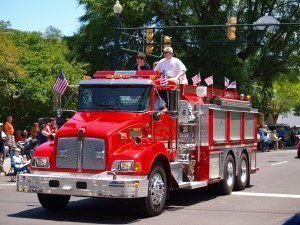 Neighboring community’s new pumper-tanker . (You can never have too many fire trucks in a parade) 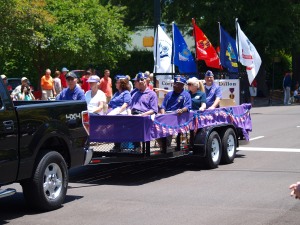 The Military Order of The Purple Heart, Corp. Matt Dillion Chapter. Happy to see these folks as I provided the late Ed Hammons with some seed money to help start this chapter back a few years ago. 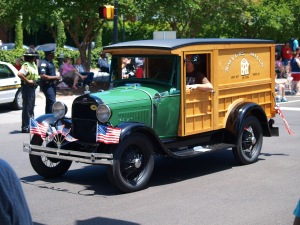 One of dozens of antique vehicles. This was my favorite. 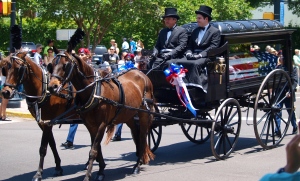 My colleagues, Mr. Shellhouse and Mr. Anderson bring up the rear, as no one likes have to watch where they march.

But, lest we forget amongst the band, floats, hot dogs, etc., what this day is about: 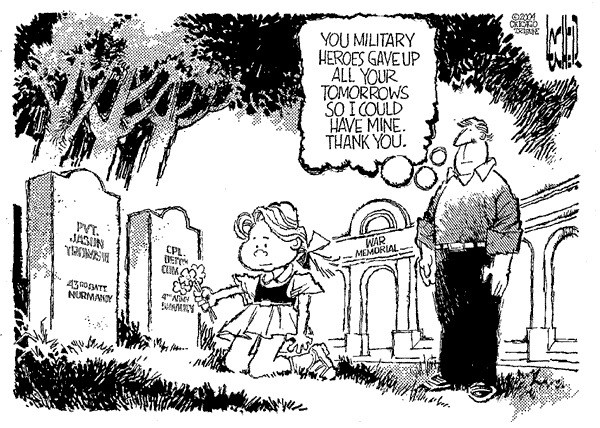 This picture is bigger than the rest…on purpose.

Living between Aiken & Charleston,, South Carolina, USA, I like to share what I am looking at, thinking about or listening to. I refer to this as the view out my window. Thanks for stopping by.
View all posts by Ray V. →
This entry was posted in Uncategorized and tagged Aiken Bloggers, Aiken HS Band, Aiken Memorial Day Parade, Aiken SC, Captain Brian Brazier, Chief Charles Barranco, Command Sgt. Maj. Ronald S. Pflieger, Ed Hammons, George Funeral Home & Cremation Center., Marine Corps League, Military Order of the Purple Heart Matt Dillion Chapter, Ray Visotski, The Daughters of The American Revolution, The John Birch Society, Veterans Funeral Care. Bookmark the permalink.

4 Responses to The Parade